When you're looking for a way to improve yield, take a look at your corn head.

Don't let hard-earned bushels of corn slip through the cracks.

Much attention is focused on the combine when it comes to reducing yield loss, but university research* has shown that 60% of that loss comes at the corn head – before corn even gets to the combine.

And while “adjustments” to control yield loss at the corn head may seem limited, Fenton, Iowa, farmer and Dragotec USA president Denny Bollig says there are many things producers can do that can make a difference.

Yield loss monitors on the combine are only as good as their calibration and tell only 40% of the story,” he notes. “Farmers are not likely to stop, scratch around the stubble and measure yield loss at the corn head. And I understand that,” he adds. “There’s only so much time to harvest each day and you wouldn’t get anything done if you stopped every round to check.”

“But you do, at least, need to be aware of the conditions that result in lost yield so you can minimize the loss that could occur.” 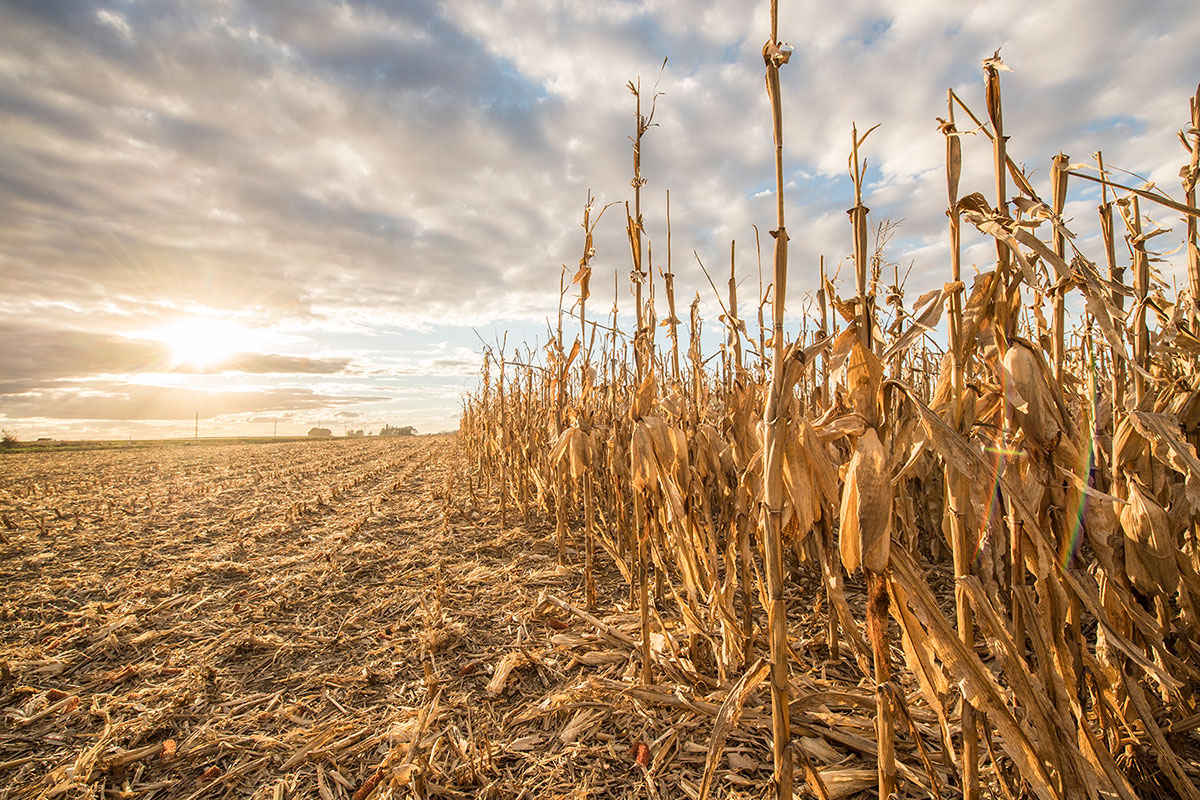 First thing, he says, is to identify how grain is being lost.

“There isn’t any one place on a corn head where yield loss, consistently, is more likely to occur than another,” Bollig says. “Differences in harvest conditions, combine operation and corn head design each play a role in yield loss.”

The level of corn moisture at harvest plays a significant role in potential yield loss, Bollig says. “The tremendous energy generated by stalks being pulled down to deck plates is transferred to the ear,” he points out. “When corn moisture levels are high, as it can be early in the season, the transfer of energy will result in greater ear bounce and ejection. And when corn is dry, the result is greater butt shelling and excessive kernel loss. Your goal should be to get an entire, intact ear into the combine with a minimal amount of plant material.”

Bollig notes that the combines speed during harvest can exacerbate the yield loss. “The faster you drive, the faster the knife rollers must run to keep up, transferring even more energy to the ear. One of the benefits of running a larger corn head is that you don’t have to run as fast, allowing the corn head and combine more time to process corn and reduce potential loss.”

Another source of yield loss occurs in areas of the field with nubbin ears. Misadjusted deck plates – or those set with just slightly wider openings than stalk widths – can have nubbins pulled through. And deck plates set too tight break stalks off, increasing the amount of plant material moving into the separator. Which can lead to yield loss out the back of combine. 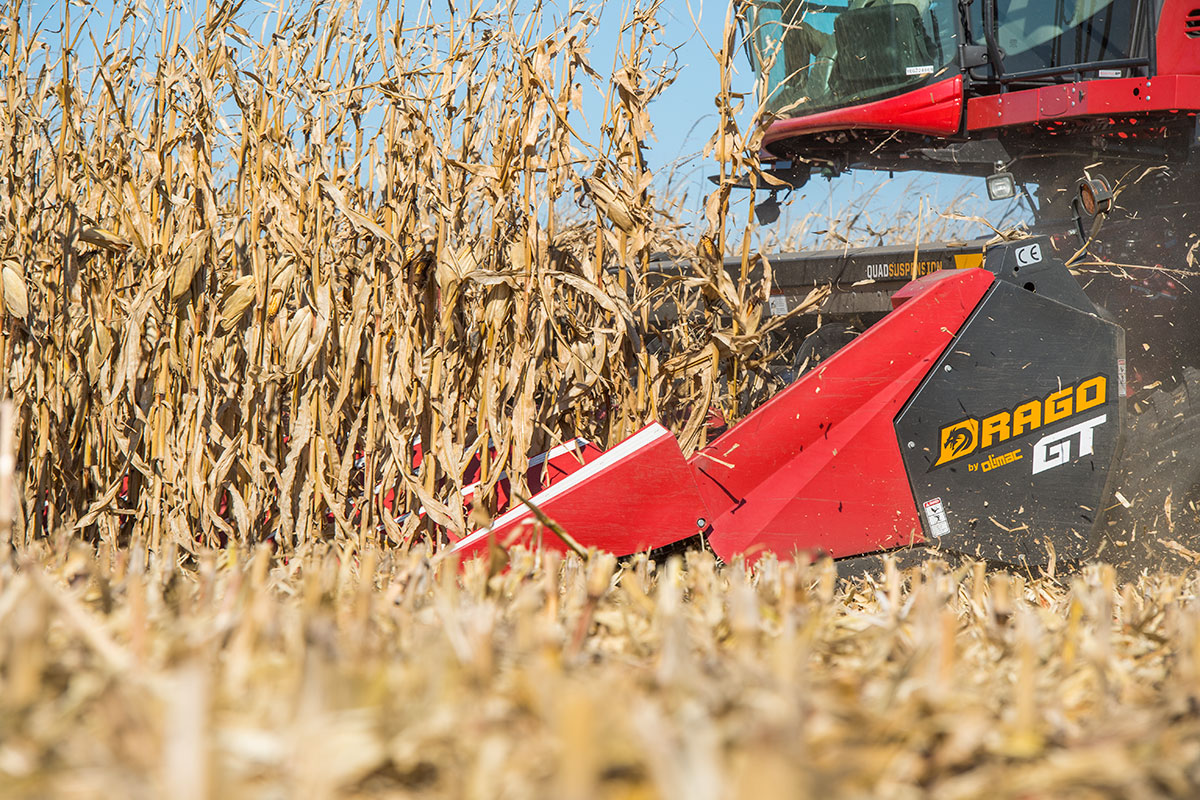 “Not having to worry about gaps from row to row is one of the advantages of automatic, self-adjusting deck plates vs. hydraulically controlled settings,” he says. “There’s just no way with today’s high plant populations, larger corn heads and faster field speeds, that operators can truly see what is happening within each row unit.

“It’s why, periodically, you do need to get out and look to see how you are doing.”

Bollig notes, that one of the more extreme causes of yield loss, as growers are well aware, is due to leaning or lodged stalks -- when the corn head fails to pick stalks up and the ear doesn’t get into the row unit.

“Yield loss in these conditions can be extreme and will vary among corn head brands,” he says. It’s beneficial with most corn heads to drive into corn leaning towards the head so ears drop into the row unit when falling. “Drago gathering chains, are placed farther in front of knife rollers and positioned so they overlap, grab and help pull in leaning stalks.”

“Chopping systems found on major corn head brands may also contribute to yield loss in less than ideal harvest conditions,” according to Bollig. “Systems with extremely forward-placed blades that strike and chop stalks before they are secured by knife rollers run the risk of ears dropping before reaching the row unit,” according to Bollig. “The ear drop may be worsened when harvesting lodged corn.” 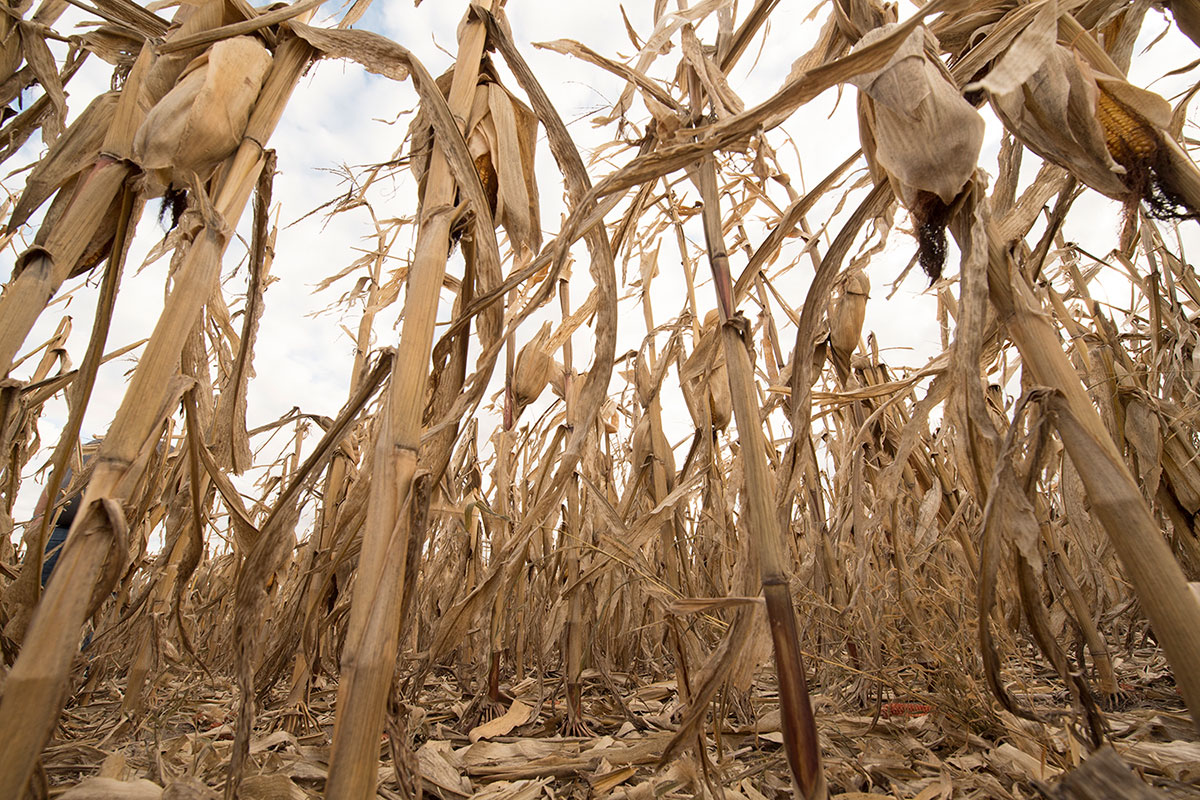 Variability plays a huge role in yield loss. Moisture levels, soil types, hybrids, plant populations, stalk size and ear size can change dramatically within the same field. Your corn head must be able to compensate for all of them,” he says.

Many farmers believe that the best corn head for their operation is the same make as their combine, and this simply isn’t true, Bollig says. “Just as producers are choosing different brand planters for their unique features, you have to look at a corn head’s unique features for reducing harvest loss.”

“Our goal is to make every hybrid yield better,” Bollig says. “Harvesting corn under ideal circumstances is tough enough. As a farmer, you plant for the worst and hope for the best. Your corn head should cover you through all of it."