Extreme environmental conditions and the crop management adjustments they force upon farmers are the two biggest causes for corn yield loss.

That’s according to the more than 450 corn farmers surveyed by Dragotec USA about their priorities when it comes to preventing yield loss. Though many farmers employ agronomy and machinery technology to help offset the damage Mother Nature can inflict, she holds the upper hand, making it more a matter of minimizing her effects of the yield-robbing variables.

“The yield that Mother Nature provides you isn’t yours until you get it in the grain tank. Even with the best genetics and the most modern, efficient equipment, there’s still plenty of opportunity to lose yield,” says Fenton, Iowa, farmer and Dragotec USA president Dennis Bollig. “It’s important to plan ahead, be realistic about all the variables and have the equipment that can react instantly for you.”

Farmers surveyed said moisture extremes at critical times in the growing season — namely planting and harvest — make up their biggest worry when it comes to yield loss potential. More than 59% said moisture deficits are their biggest worry. Though slightly fewer said too much is their top concern, just short of half of those surveyed said delayed planting — typically caused by too much springtime moisture — is their top concern with yield loss.

“Field and soil conditions are always changing with the weather. These changes create variables in every field,” Bollig says. “Moisture and the soil’s ability to drain can affect your potential for yield loss, both immediately and down the road.”

Closely tied to moisture extremes, and nearly as high on farmers’ list of top yield loss concerns, is the potential for delays in field operations those extremes cause. Adjusted harvest timeframes, for example, can create yield loss as well as chip away at overall crop income, Bollig adds.

“Excessive soil moisture in the field can slow down the harvest process, especially if moisture extremes are still present in the fall,” Bollig says. “And, when you are under a time crunch to get the crop out of the field, delays can become costly in a hurry when stalk strength deteriorates after maturity.”

Delays caused by slow corn drydown and persistent damp, dewy conditions can cause yield loss as well. Farmers who look to save money by waiting to let the corn dry down in the field also run the risk of excessive shelling at the head, especially in damp conditions when ears pick the cleanest and are most likely to shell out during harvest.

Though factors like soil nutrition and fertility aren’t typically tied as closely to overall crop weather conditions, soil compaction — a key component of soil conditions outlined in the Dragotec survey — is influenced most by Mother Nature. With compaction, it’s more a combination of wet weather and how farmers react to it.

“Compaction issues can absolutely balloon in a wet spring. Too much moisture can challenge and shorten the farmer’s window of opportunity to plant. Even planting a day or more to soon can create definite yield loss from a planter’s sidewall compaction not to mention tire compaction. But, you still have to plant corn,” Bollig says. “Weather in itself can dictate a lot of uncontrolled variability but with compaction, our decision to go to the field, right or wrong sometimes creates even more variability in plant health and stalk size that has to be dealt with at harvest with deck plate adjustments.”

Likely because of increasing reports of herbicide resistance among some common weed species, almost 40% of farmers surveyed said weed pressures in their fields are a major contributing factor to potential corn yield loss.

“I split my herbicide program, with pre-emerge and post-emerge applications, to start my fields clean and keep them clean. That’s what consistently yields a clean slate year-in and year-out,” Bollig says. “It’s important to watch for higher-pressure spots in your fields that can give weeds a good start because conditions are right for them.”

Two in three farmers responding to the Dragotec survey said when it comes to harvest operations, downed or lodged corn is the biggest cause for potential yield loss. In many ways, downed corn is the culmination of other factors that affect yield on top of agronomic advancements that continue to push overall yield potential higher. 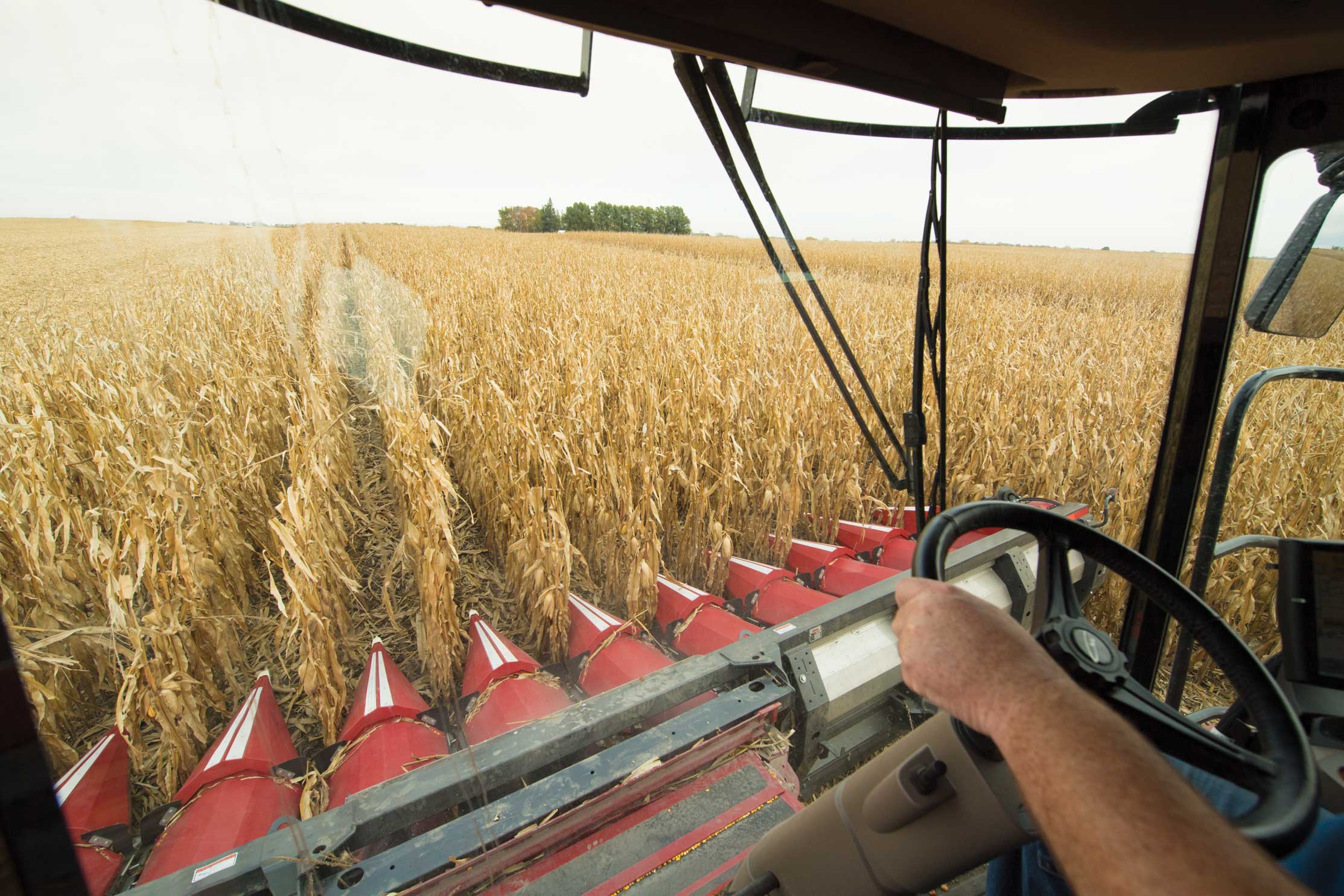 “We are pushing plant populations and fertility to get the maximum yield out of our modern day gentetics which opens the door to more lodging problems. And, if you don’t pick up those plants at harvest, that yield is lost,” Bollig says. “Challenging weather conditions, weed and disease problems and a lot of other factors can cause the best corn to go down. It’s important to have harvest equipment, like a Drago corn head, to go down and get it.”