Harvest study shows combine guidance can pay for itself in added bushels.

“Automatic, self-adjusting deck plates on Drago corn heads remove the human error associated with an essential job at harvest,” Bollig says. “We deliver a technology that pays for itself in added yield.

“Automation is here to help us do a better job of harvesting to get more grain. Getting every bushel means considering every opportunity and every technology available.”

Another yield-saving harvest technology Bollig likes to talk about is Truesight®, a row guidance system offered by Headsight® harvesting solutions, a Dragotec partner.

“Like Dragotec, they offer a technology that reduces yield loss by eliminating human error,” Bollig says. “Just as a combine operator can’t determine a quarter-inch gap in their deck plates, allowing grain to slip through, they are unable to know when they are an inch or two off row-center when harvesting.

“Those are seemingly small things that can make a significant difference in yield.”

Truesight guidance uses a mechanical sensor to locate corn plants and guide the combine down the row. This accounts for variables like planter-drift which high-accuracy GPS systems can’t follow. The Truesight system is especially effective in downed or leaning crop conditions.

“For years, producers were buying a Truesight system based on how it made their lives easier,” says Robert Schlipf, director of engineering for Headsight. “You can set your preferences. You can adjust your fan speed. You can eat your lunch. You can talk on the radio. You can improve feeding in downed corn. And you can feel more relaxed at the end of the day.

“All of that is true, but what we’ve also learned is that row guidance can also pay for itself – even when compared to an experienced driver.”

Using a measured frame equal to 1/4,000th of an acre, Schlipf captured the kernel loss from a header (non-Drago) that ran on row-center, to one that ran 1 inch off center, and to one that ran 2 inches off center. Multiple samples of each “error” were taken.

The study also measured the off-row deviation of an experienced combine operator who knew he was being measured for driver accuracy.

A report of all runs and measurements found that a deviation of just 2 inches off row-center – which was the overall human operator average – doubled the yield loss compared to the mechanical Truesight guidance, which averaged just 0.75” off row-center.

“The 2X yield-loss factor between running on center and running 2 inches off center was consistent regardless of hybrid, crop conditions or soil moisture,” according to Schlipf.

“What we learned is that the corn head feeds much better when the row is centered going into the row unit,” he says. “The more you are off-row, the greater the likelihood of plant whip that could throw an ear out of the head, over the head, or forward as it enters the header. The loss is even greater in downed, tangled or lodged plant conditions.”

“The big surprise to me was how predictable the losses were when the header was near but not at the ideal row location. When your driving isn’t centered on the row, the plant leans as it enters the header.”

“Our conclusion was that automatic row guidance reduced header positioning error during harvest, resulting in less kernel and ear loss at the header,” he says. “A typical corn grower could capture an additional 0.3-0.7 bu/acre in harvested yield by adding combine row guidance.”

Using 1,500 acres of corn and a $3.70 corn price, Schlipf figures the payback of a row guidance system would be $1,500-$3,700 annually. “And this is in addition to increasing the productivity of the combine operator, the benefits in downed corn and reductions in butt-shelling.”

You can learn more about Truesight by visiting www.headsight.com. 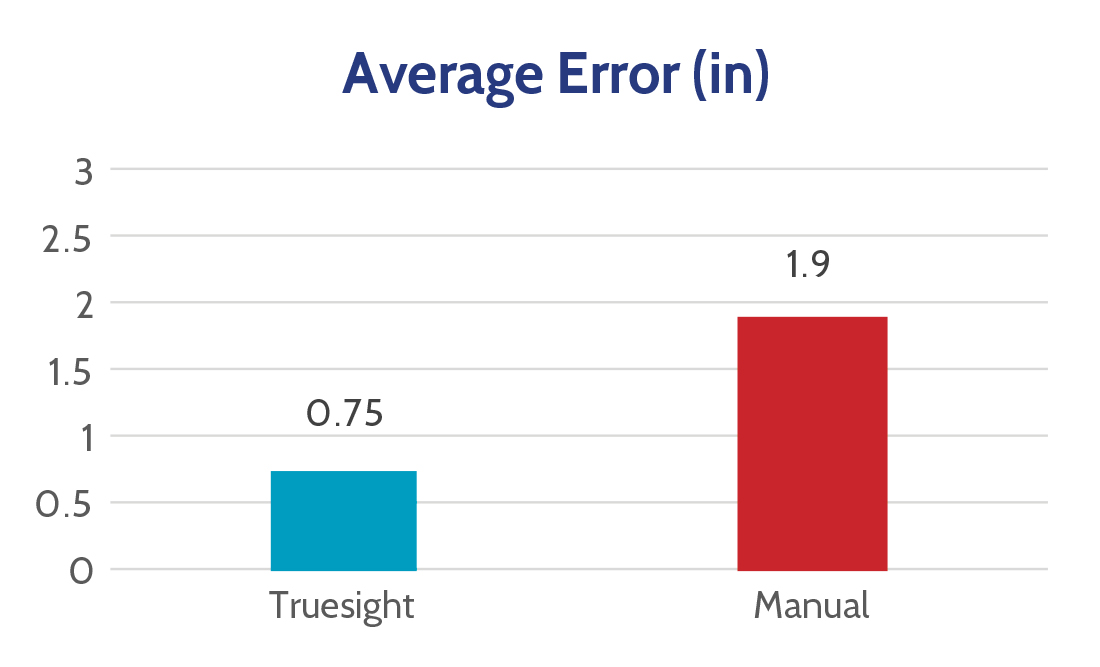 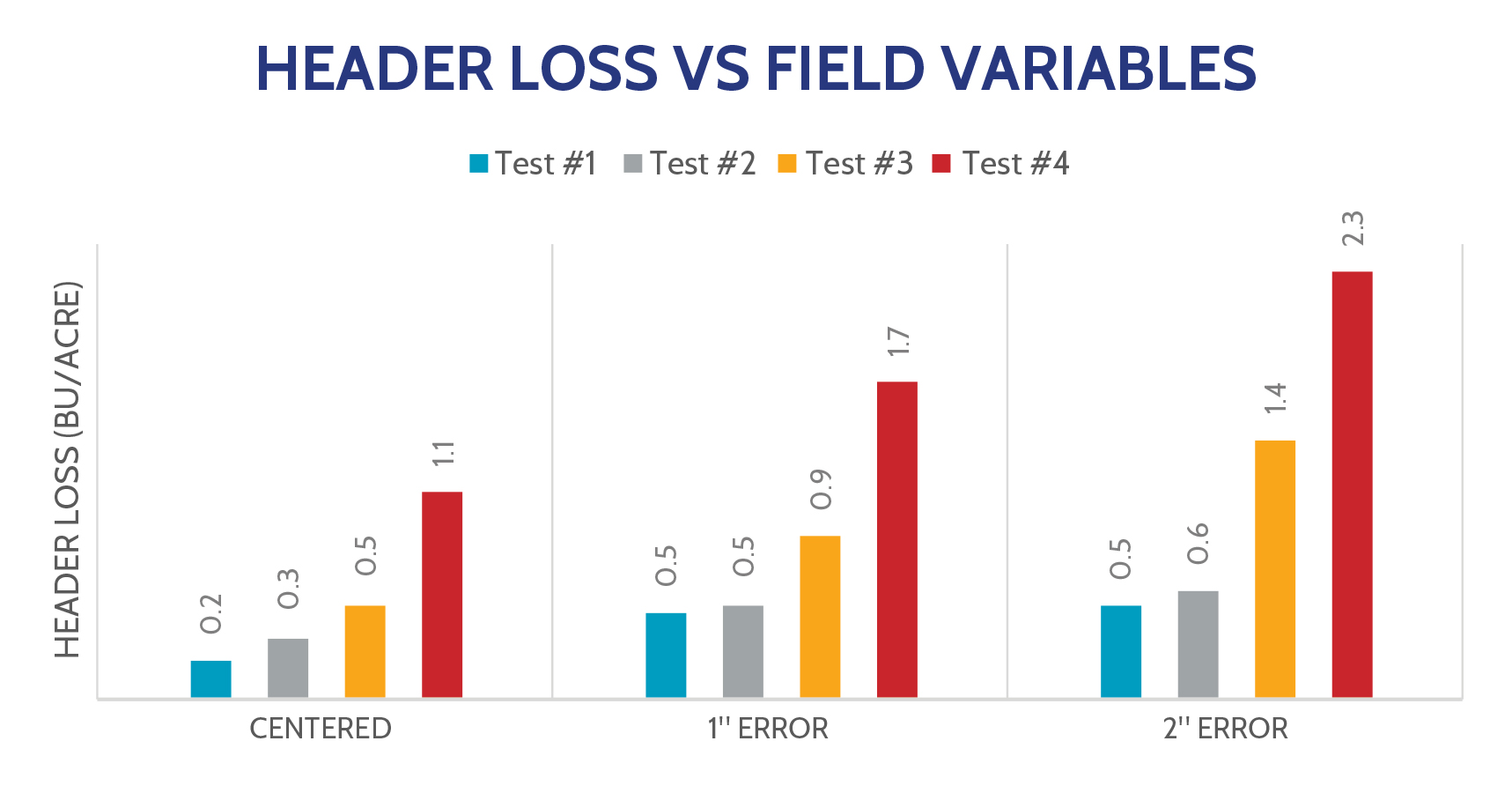 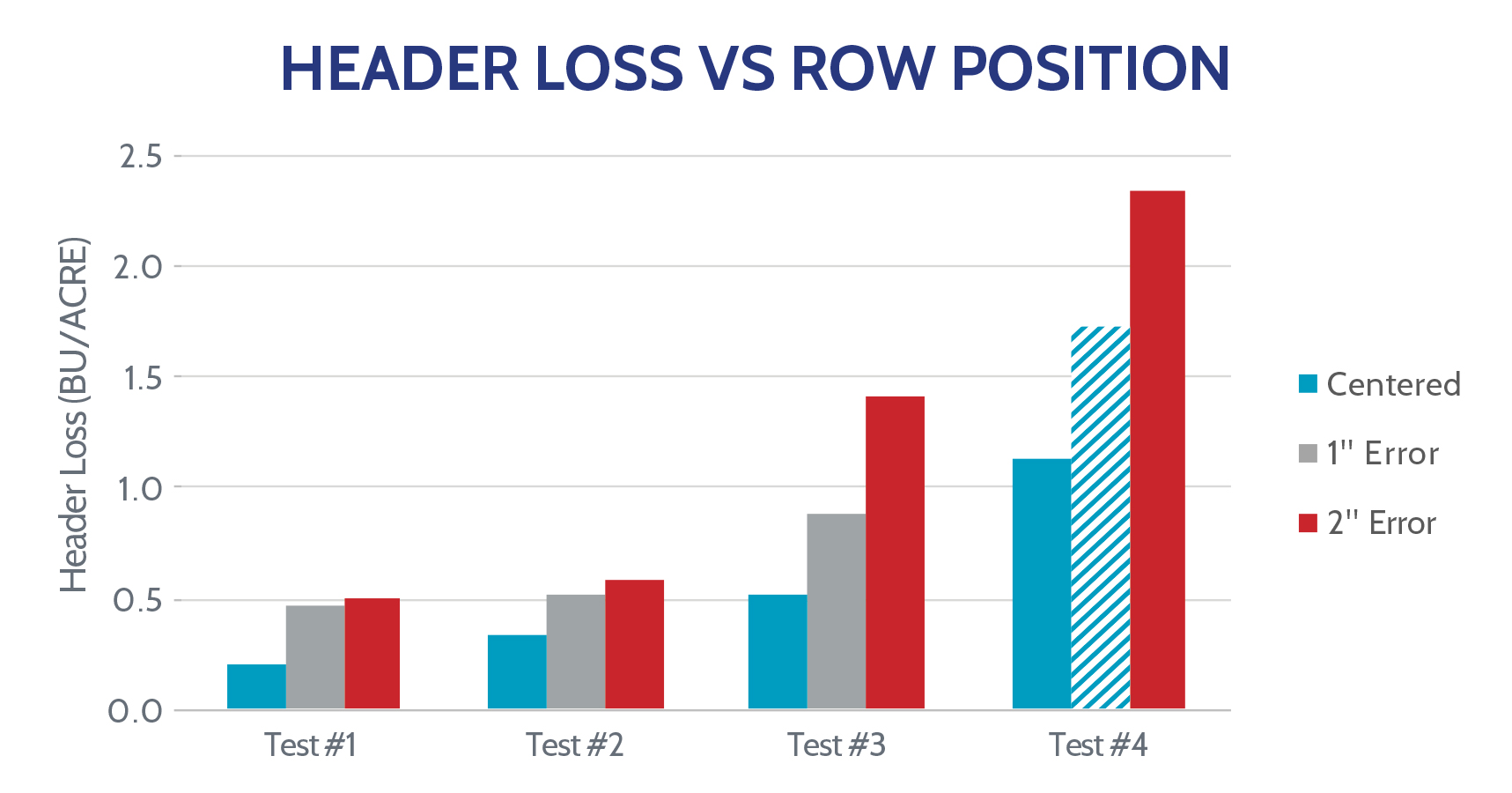