Part 1: A component-by-component look at what makes Drago the most advanced corn head in the industry.

Editor’s Note: From the low profile of its row units to the fin design of its auger, every component of the Drago corn head is engineered for added yield and durability. This is the first in a series of Row by Row articles detailing how Drago’s “yield-first philosophy” influences the design of its components.

Many features of a Drago corn head – whether designed to capture yield or to add strength and durability – are so simple and common-sense that even Drago is baffled why other brands haven’t adopted them into their corn heads.

Starting with having with the lowest profile in the industry. 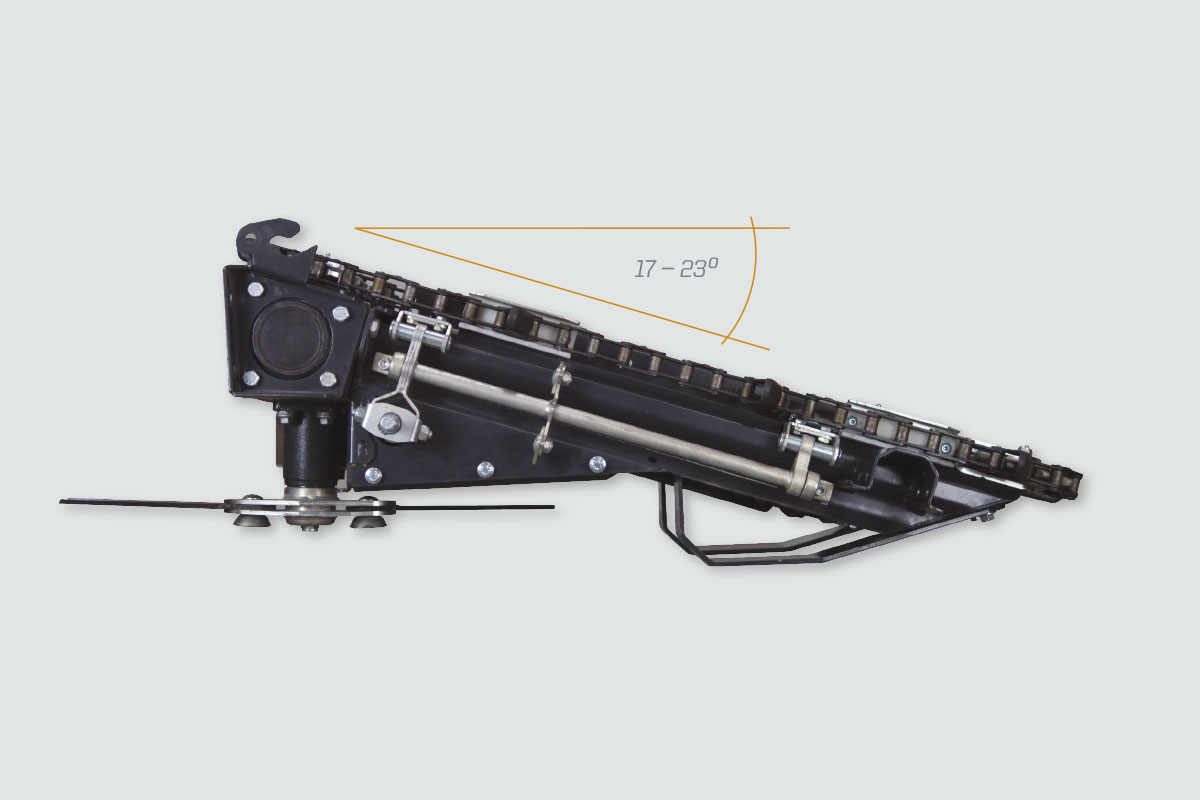 “A low profile is an easy, passive way to capture more corn,” Bollig adds. “Why other brands haven’t copied this feature, we don’t know. Our steepest angle (23-degrees) is the lowest angle for most of our competitors.”

He believes one answer to that question may lie in the cost of doing so. “Many of our competitors mount their row units on a tool bar or tube with bolts, which is less expensive,” Bollig says. “Drago gets its low angle starting with its custom formed frame and unique row unit gearbox design that also delivers greater overall rigidity and strength to the corn head itself.

Bollig adds that while Drago’s lower profile has obvious yield-saving benefits during a normal harvest, it offers a significant advantage in down corn. Relating the movement of a corn head to that of a scoop shovel, Bollig says, the lower profile of the Drago corn head allows the chains to be close to the ground to lift stalks up and through the row unit smoothly, rather than “push” stalks along with a steeper angle during harvest. 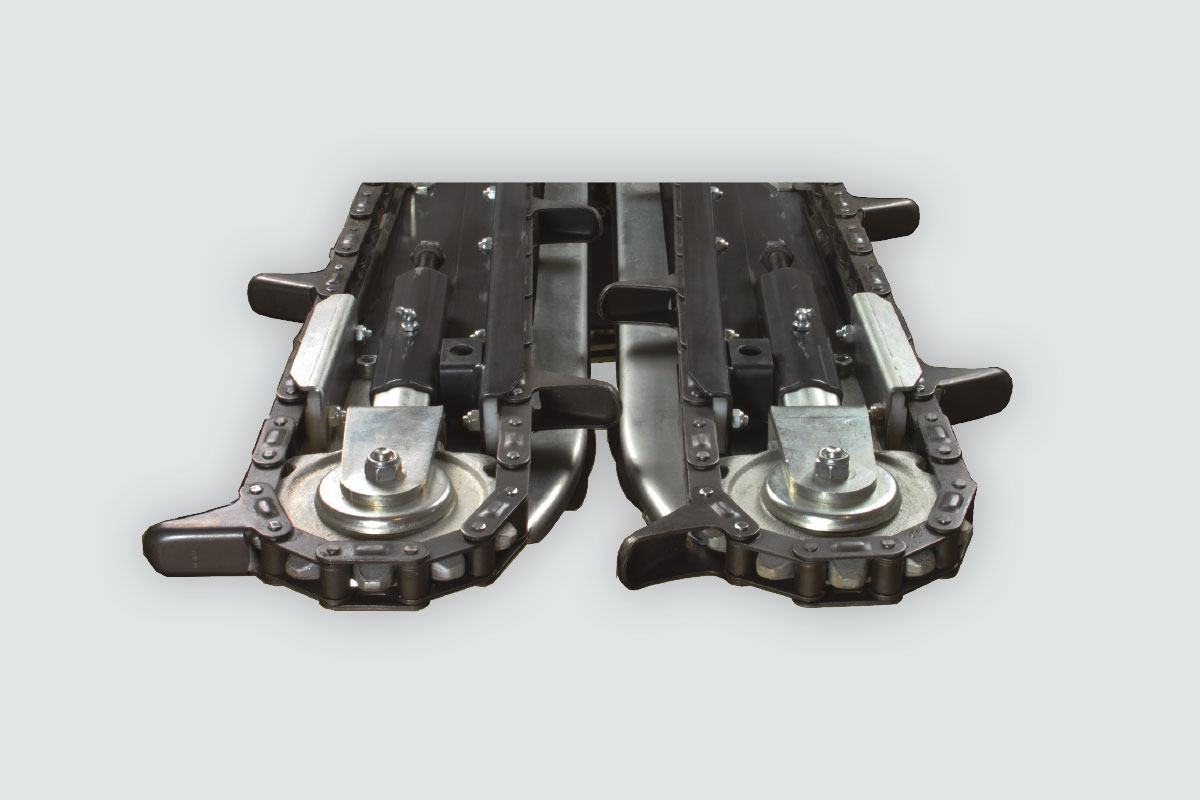 It’s unlikely you’ll hear any other corn head brand talk about gathering chains with the same enthusiasm as Drago.

Considered one of the more differentiating components of Drago’s kernel capture technology, Drago’s gathering chains demonstrate the level of detail and harvest intelligence that are part of the corn head’s overall design and engineering.

He also points out that the combination of placement and overlapping chain fingers creates an aggressive stalk gathering action. “The benefit of this aggressive gathering is especially apparent in down corn – you can actually see stalks being grabbed and pulled up before they move to the knife rollers.”

He notes that while chain fingers overlap at the front of the corn head, the distance between the gathering chains actually widens as they move to the back of the row unit. “The angled separation allows the chains to release stalks and avoid delivering excessive stalks into the combine.”

“No corn head is perfect in down corn, but our design makes a bad day better, Bollig says.”

“Our goal is not to sell parts”

Along with their “yield first” design, Bollig says the gathering chain components are built to be long-lasting and trouble-free.

“The larger sprockets mean chains don’t have to crimp as tight when they turn,” he points out. “Not only does this mean less wear, the chains feature hardened chrome pins for even greater durability.”

The design of our chain tensioners can also extend the life of our gathering chains, Bollig points out. “Ours can be greased to keep out dirt and debris, allowing them to work freely all season. Chains with any slop wear much faster.”

Another durability feature can be found at the sprockets that drive the gathering chains. “The drive sprockets on some corn heads use bushings, while Drago corn heads feature a double-bearing system for extended wear.

“We have had Drago owners with sandy soils tell us that with their previous corn head brand, they needed to replace their gathering chains every year, and now run three years or more before doing so.”

Bollig says Drago is known for capturing more yield, but what also differentiates us is that Drago corn heads are built to last. “Our goal is not to sell parts.”