Part 3: A component-by-component look at what makes Drago the most advanced corn head in the industry.

Editor’s Note: From the low profile of its row units to the fin design of its auger, every component of the Drago corn head is engineered for added yield and durability. This is the third in a series of Row by Row articles detailing how Drago’s “yield-first philosophy” influences the design of its components.

Compared to every other brand of corn head on the planet, no single component is more differentiating – more yield saving – than the automatic self-adjusting deck plates featured on the Drago Series II and Drago GT.

Drago is the only brand with deck plates that constantly adjust gaps on-the-go, automatically, without the need for operator engagement. Every row unit works independently from the other – adjusting to every plant in each row as the corn head works the field.

Maintaining a minimum gap is important for capturing yield – university research has shown that as little as an eighth of an inch in excessive gap between deck plates and plants can result in a four bushel per acre loss.* On the other hand, gaps that are set too tight result in stalk breakage, excessive trash entering the combine and kernel loss out the back end.

“One of many issues with hydraulic-controlled deck plates is having the same gap setting across the entire corn head, suggesting a uniformity that doesn’t exist,” says Dustin Bollig, Northwest Iowa farmer and Marketing Director for Drago Corn Heads. “It’s just not an accurate option.”

“Growers shouldn’t assume that every row has the same-sized plants – or even that the gaps on a hydraulic corn head are the same for each row unit, he adds. “Gaps and linkage can vary.”

Another problem with hydraulic deck plates, Bollig says, is that they adjust only from one side. “This means that stalks are processed at a slight angle and results in additional plant stripping and a “whip effect” that can cause ear loss.”

“Drago deck plates adjust from both sides, centering stalks and giving them more support as they pass through to the knife rollers,” Bollig says.

Bollig adds that hydraulically controlled deck plates were a positive change from the fixed deck plates they replaced. “But today they are an obsolete technology compared to what’s available.”

“Our goal is to educate producers on the value of deck plates that adjust to every plant in every row and every acre.”

Bollig points out Drago deck plates include additional design and engineering features that help capture yield, including their shape and length.

“Drago deck plates are level with each other and feature rounded edges that remove ears while allowing plant material to easily run through them,” Bollig says. “The rounded edge allows trash to pass through with less resistance.”

“In contrast, the deck plates of a major competitor actually angle down to a slight ‘V’,” Bollig tells. “They did that to reduce trash entering the combine, but gravity will do what it does with loose kernels, too.”

And while another major competitor’s deck plates are level, Bollig points out “they have a straight edge that strips material from stalks, breaks off plants and deliver more trash. Once again, added trash in the combine results in kernel loss out the back.”

“Another difference with Drago’s deck plates is that they extend out further than other brands,” Bollig says. “Just as our gathering chains extend out to grab stalks, our deck plates extend to help guide them to the knife rollers.”

Bollig says many of the Drago design features may seem subtle, “but they all work together to capture more yield.”

One other design feature that sets the Drago GT apart from any other corn head is QuadSuspension™ – deck plates with integrated impact-absorbing “ear shocks” designed to reduce ear bounce and butt shelling when ears strike deck plates during harvest.

“The technology doesn’t just make sense from a physics perspective,” Bollig says. “It makes a dramatic difference in the field, too.” 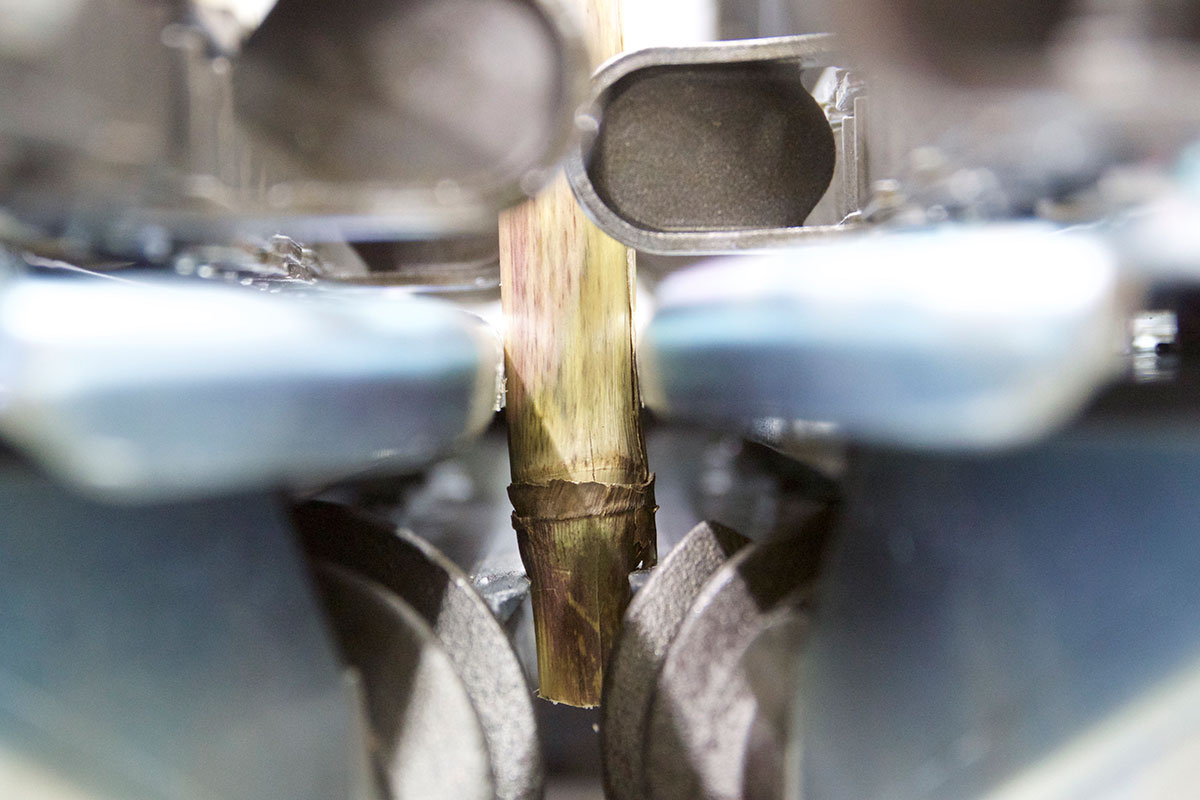 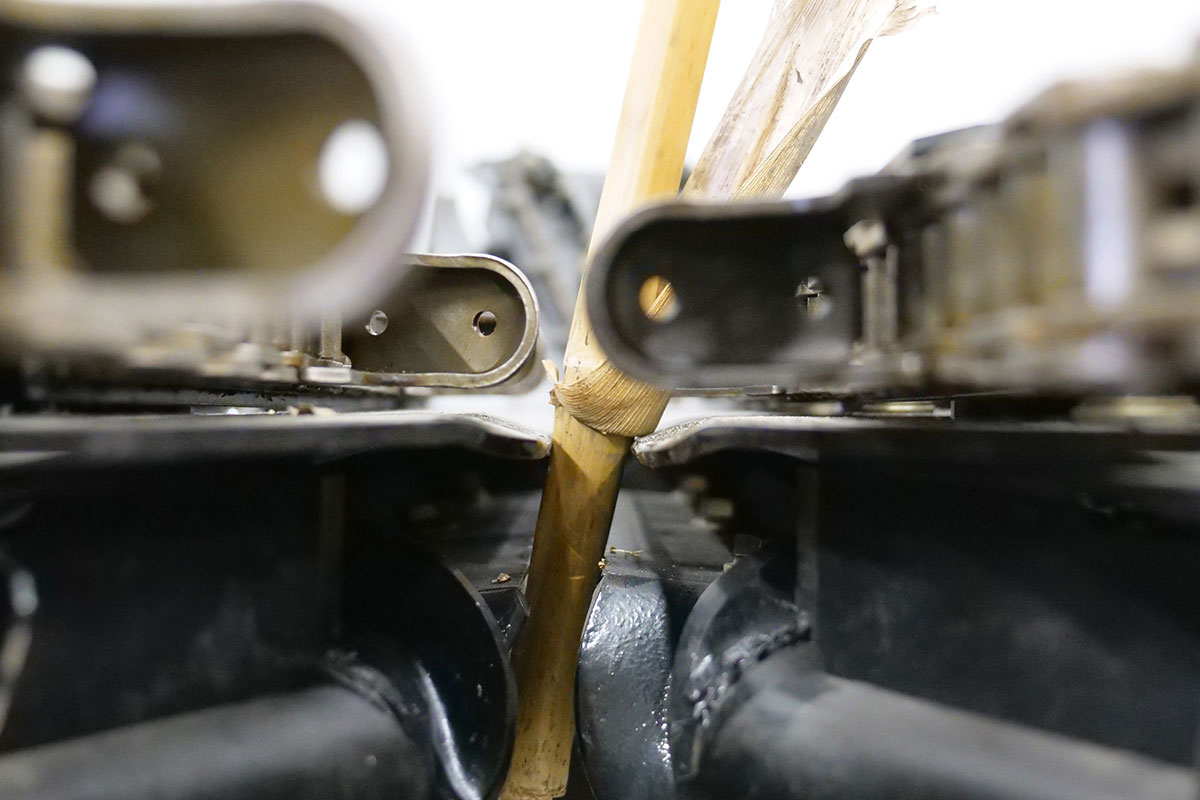 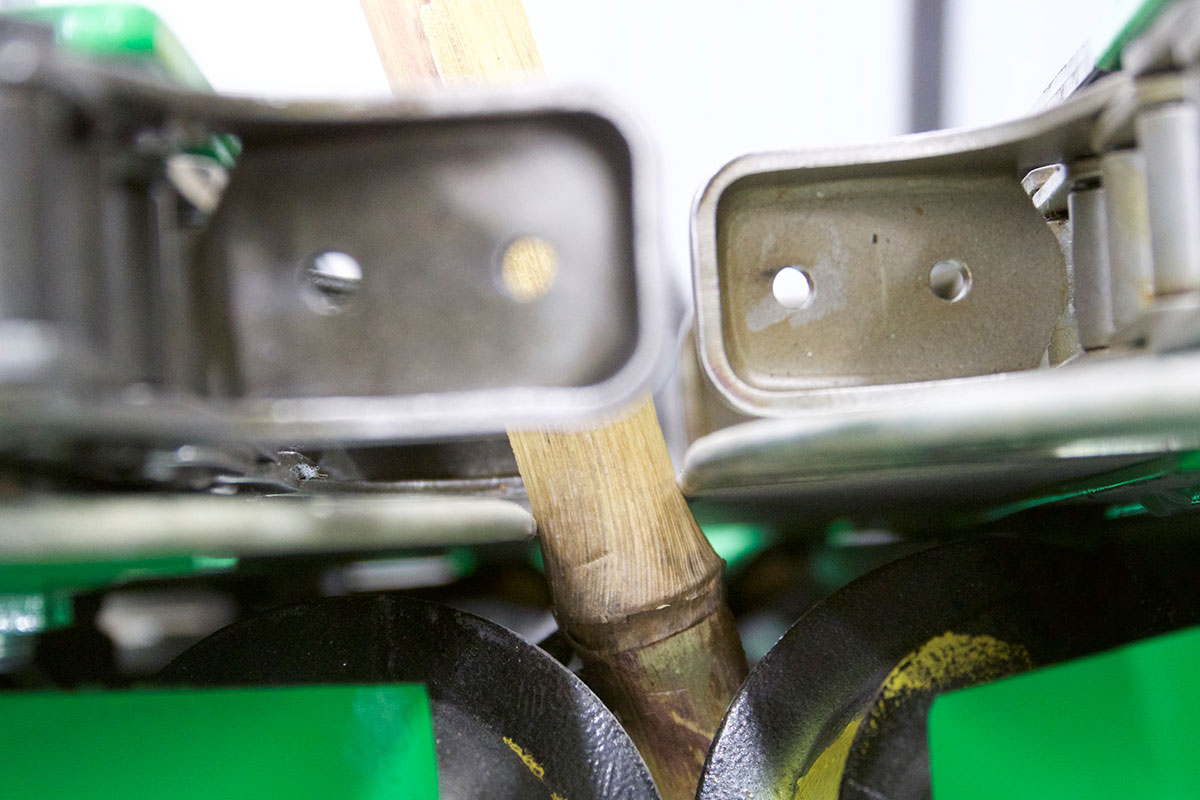 He notes that even though Drago knife rollers are designed to run slower than those of other corn head brands, the impact of ears striking deck plates is still significant. “QuadSuspension helps limit butt shelling when corn is dry, and reduces ear bounce when corn is wet. GT owners have told us that they know the ear shocks make a difference because they no longer get kernels pinging off their windshields during harvest.”

To learn more about the Drago GT or Drago Series II, contact your local Drago dealer.